The idea of a similarity between an organisation and a living organism goes way back.

From as early as 1890 an economist by the name of Alfred Marshall compared companies with trees in the forest in terms of their development.  Decades later others compared the life cycle of an organisation to the same life cycle as a living organism – birth, growth, decline and death.  Amazingly for 120 years research has been carried out on the life cycle of organisations coming up with an impressive variety of analysis.

In the 1970’s Larry Greiner, an Associate Professor of Organisational Behaviour at the Harvard Business School, added a perspective to the development of a company.  He said that a company’s past has clues for management that are critical to future success.  I studied his material while doing my MBA at Management School and it left a lasting impression on me.

Greiner maintained that a company that is growing will move through 5 distinguishable and predictable phases of development each of which contains a relatively calm period of growth that ends with a management crisis.

He argues that since each phase is strongly influenced by the previous one, management with a sense of its firm’s history can anticipate and prepare for the next developmental crisis.  As a consequence he believed that management can prepare to turn a crisis into an opportunity for growth and development.

According to Larry G the 5 phases of growth in an organisation are indicated by an ‘evolutionary’ and subsequently a ‘revolutionary’ phase.

It is this theory on which he bases his view that historical forces do indeed shape the future growth of organisations.  He thinks that many clues to a company’s future success lie within their own company and their evolving states of development.

In addition he also thinks that the inability of management to understand its own firms development problems can result in a firm becoming “frozen” in its present stage of evolution or ultimately in failure.

His big play is that the future of a company may be less determined by outside forces than it is by the organisations history.  He based this on what he has drawn from the legacies of European psychologists – their thesis being that individual behaviour is determined primarily by previous events and experiences, not by what lies ahead.

Unpacking this analogy of individual development to the problems of organisational development leads him to describe a series of developmental phases through which growing companies tend to pass.

The table below outlines his 5 Phases:

Below is a an exhibit from his paper which illustrates the above table:

He also exhibits (see below) an overview of organisational practices during evolution in the 5 phases of growth: I know that all this business theory from management schools can turn people off rather than switch them on.  I get that.  However, there is something in this study that resonates with my experience of the businesses I’ve either been a part of or had the privilege of advising.  Businesses do have periods of evolution followed by revolution – check out your own.  You can see from practices illustrated above a mirror on so many owner managed businesses.  Check out focus, structure, management style as it’s outlined above and compare and contrast it with your own business and current management style.

Anyway, this is just meant to be a thought shaker and help us in gaining a fresh perspective on our business.  It’s not meant to be a full blooded outline of Larry G’s theory of growth and development.

Perspective is everything.  Check out Julian Beever’s 3D Pavement Drawings below to ‘see’.  I hope this short thought shaker might be a little bit like Julian Beever’s amazing 3D drawings – arresting, altering and shifts your thinking for a moment: 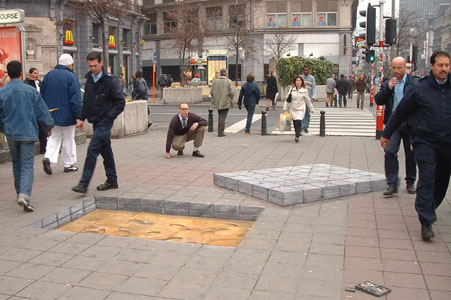 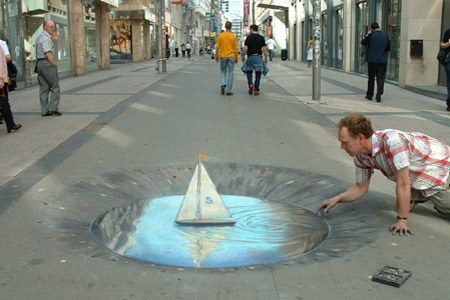 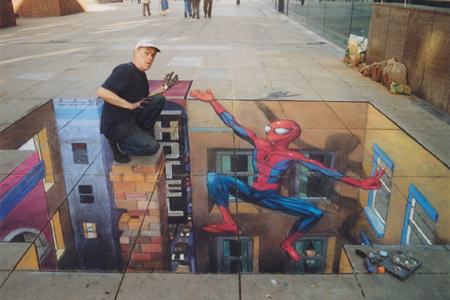 Perhaps your perspective on the 5 phases just might shift a little!

Updated 1 July 2020 You can now submit claims that include days in July. 31 July is the last that you can submit claims for periods ending on or before 30 June. The Coronavirus Job...
Read More

If your next VAT return is for period 05/20, you need to get the direct debit re-instated as soon as possible.

If your next VAT return is for period 05/20, you need to get the direct debit re-instated as soon as possible.  If you don’t do this you must remember to pay electronically by 7 July...
Read More

Understanding more about Time to Pay (TTP) and HMRC

Understanding more about TTP In the recent spring Budget, the Chancellor of the Exchequer Rishi Sunak said Britain will rise to the challenge of COVID-19, adding that: "HMRC will scale up the Time...
Read More